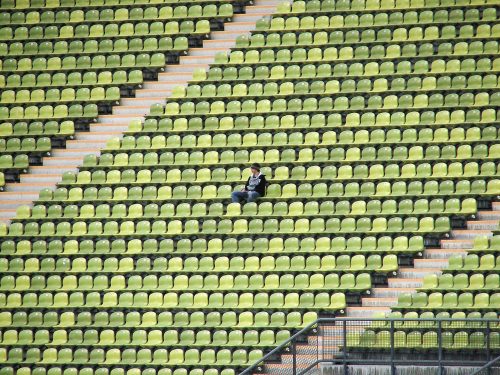 Have trouble sharing? Playing nicely with others not your thing? Then you may be asking yourself exactly why you shouldn’t found a startup on your own. The fact is, you can be a solo founder. It’s just a tremendously hard way to do it and it amplifies your odds for failure significantly. We discuss this topic in detail in The Startup Playbook, but here’s the short version.

While success stories of solo founders who have made it exist, we strongly advocate going the route of a founding team. You’ll likely make better decisions with a diversity of opinions, backgrounds and skills. You’ll certainly get more work done faster. And, if this weren’t reason enough to go the team route, it’ll be substantially easier for you to raise capital since many investors won’t even talk to a solo founder.

There is simply too much that needs to be done by founders and too many roles to cover for one person to do it effectively. Multiple founders create a greater margin for error in any startup. With nine out of ten startups failing, wouldn’t you want to increase your margin for error?

If it’s for financial reasons that you want to do it on your own – as in you don’t want to share in the monetary success of the company – think again. A failure costs you time and money. You make nothing. A piece of something successful is substantially better that that, no?

If you’d like to learn more about being a solo founder and the advantages of having a founding team, check out The Startup Playbook. It’s one of the many topics we cover to help you shift the odds of success in your favor.