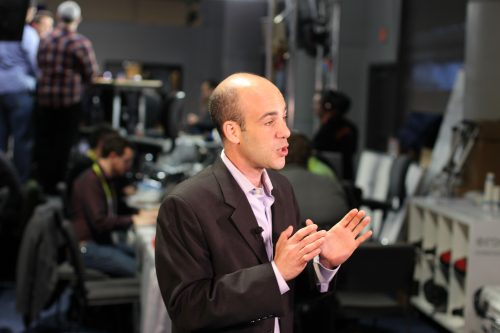 In The Startup Playbook we have an entire section covering the traits and characteristics of successful founders. In it, we include a discussion of whether being an extrovert is a required startup trait. Hint: contrary to what the press and Hollywood want you to believe, it isn’t. In fact, as our friend Dave Jilk, entrepreneur and multi-company founder points out, the spectrum of introversion to extroversion doesn’t even include what is, perhaps, the most important characteristic of a founding team, that of the influencer.

Yes, it’s actually less important for a founder to be an extrovert than it is for them to have the ability to influence others. True leaders aren’t necessarily extroverted, but they are strong influencers of other’s thoughts, behaviors, and beliefs. Founders with strong influential skills often become the best leaders in startups, regardless of whether they are introverted or extroverted.

Successful startups change frequently. They re-focus, pivot, and adjust strategy to fine tune their markets and business models. Stagnant companies die. Successful ones move and adapt.  This requires that the company’s stakeholders all change with it. That includes employees, investors, and customers. The more successful the founding team is at selling, cajoling and convincing their stakeholders during each change, the better the company will be at implementing the change and the faster it will get through it.

Influential founders are at the core of driving such changes. Rather than forcing people to accept them, they are like the Pied Pipers of the organization, convincing everyone of the value and importance of the change and getting everyone to follow them. Powerful.

Do all founders need to be influencers? No. It’s far more important to think about the skills and personalities of the entire founding team than those of any one of the founders. It’s the complete startup team with its additive skills, talents, and traits that matters. Influencing is sort of a super sales skill. It’s not one that everyone on the founding team must have, but the skill should be exhibited by one or more members of the team.

Interested in the other founder skills required to shift the odds of startup success in your favor? Check out The Startup Playbook. We discuss the value of the startup influencer as well as the many other traits and characteristics of successful startup teams.